We’re proud of the fact that over half of our students participate in student-faculty led research during their time at Northland. Undergraduate research provides our students with the opportunity to apply what they have learned in their courses and co-curricular activities to answer a question of interest or importance, develop a line of reasoning or a methodology, or investigate a passion more deeply. The process fosters creativity and exploration, and allows students to seek new understandings and find innovations and solutions. To learn more about the research process at Northland, learn about our Institutional Review Board.

Northland hosts an annual Honors Day Convocation and Poster Symposium. Unfortunately, in light of Governor Evers Stay-At-Home order, the 2019 event has been cancelled. While we were looking forward to publicly recognizing our students’ hard work and impressive accomplishments, it is more important for us all to be safe and stay healthy. In lieu of the Convocation, we are pleased to announce the 2020 award recipients. There may be less fanfare, but the pride we feel for each recipient is steadfast. We virtually clap our hands and offer our sincere and enthusiastic ‘Congratulations!’ 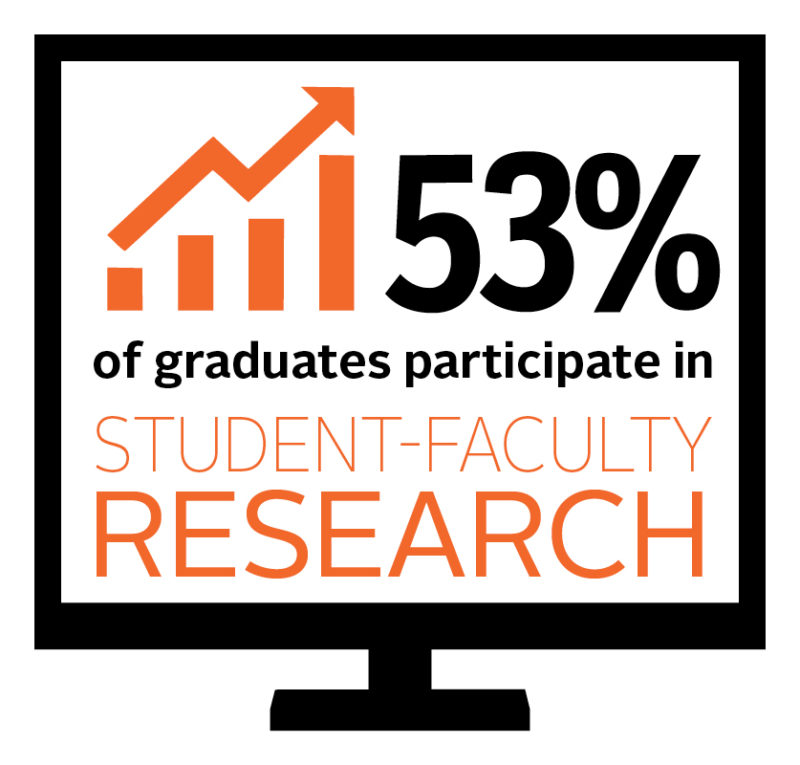 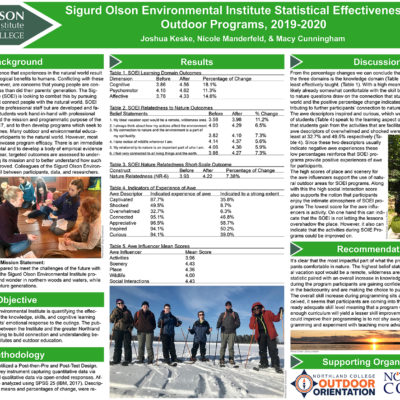 Any senior completing capstone, research, thesis, or fine arts creative projects this academic year is invited to prepare a poster and abstract to be presented at the Honors Day Poster Symposium. Students who are not seniors who are collaborating on research or capstone projects, or juniors who are completing a capstone or capstone course are also welcome to participate.

The goals of the symposium are to celebrate student research and capstone projects and provide students with an opportunity to professionally develop and present an abstract and poster.

Student presenter must email poster title and faculty advisor to scraig@northland.edu by Wednesday, March 13. in order to participate.

Abstract and final poster title are due on Monday, April 1. Faculty supervisor must review and edit abstracts prior to this.

If  your faculty or project supervisor is unable to review and edit, Library Director Julia Waggoner is available to assist. Email Jwaggoner@northland.edu to schedule a meeting with her.

Submit your final copy in a Microsoft Word document to scraig@northland.edu by April 1, 2019.

Most participants use PowerPoint to design a poster. The slide is formatted to the size of the plotter printer and content is arranged using both written and visual elements to communicate the project.

(if you don’t use the poster template):

Posters can be printed at any time but we encourage you to print ahead of time to avoid bottlenecks at the printer the week of the symposium. Print posters in CSE 252 using the computer closest to the plotter. Sign in as yourself. Poster printing is free for your first poster and $20.00 for any additional posters. You may print anytime the lab is open. If you would like assistance with formatting and printing, Professor Cyndi May has office hours on Tuesdays.

Abstracts should be between 200-250 words. They are not included on the poster. We will format and print abstracts and have them available as handouts at your table at the symposium. Your faculty supervisor or research/project supervisor must review your abstract before you submit it on the Monday, April 1st deadline.

Although abstracts vary somewhat by discipline, all abstracts are a succinct summary of a completed work or work in progress.  An abstract condenses a larger piece of writing (a thesis, research project, performance, etc.), highlighting its major points and concisely describing the content and scope of the project.  For purposes of the poster session, you will need to produce an informative abstract. Your abstract should include the following elements:

Additional resources to help you write an abstract are available at Dexter Library.