Here are the resources you need to produce a professional poster and abstract that highlight your research.

Any senior who is completing a capstone, research, thesis, or fine arts creative project this academic year is invited to prepare a poster and accompanying abstract. Students will present for visitors during the Poster Symposium event, which happens annually in April.

Students who are not seniors but are collaborating on research or capstone projects and juniors who are completing a capstone or capstone course are also welcome to participate.

The goals of the symposium are to celebrate student research and capstone projects and provide students with an opportunity to gain professional presentation skills, and network with those who connect with them.

Please check back for 2022 deadlines.

Please check back for the 2022 schedule.

Most participants use PowerPoint to design a poster, but students can use any platform, as long as the end product meets the following requirements:

This video of How to make an academic poster in PowerPoint may be helpful. Keep in mind, you will need to save your version as a JPEG (rather than a PDF as she suggests).

This is how your poster will be viewed. Double click the image to expand the view. 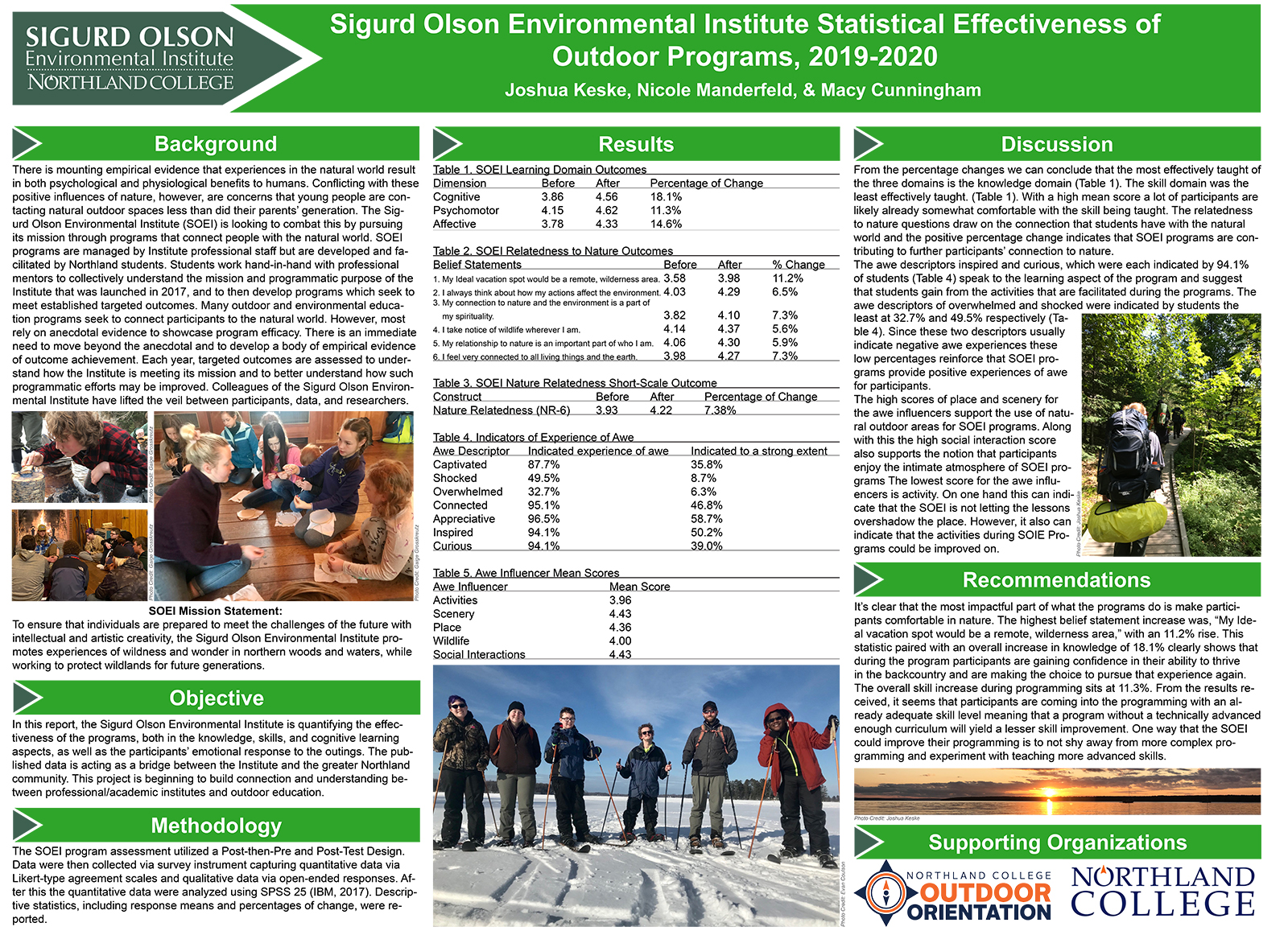 Abstracts should be between 200-250 words. They should be saved as a separate Microsoft Word document, and are not included on the poster. Your faculty supervisor or research/project supervisor must review your abstract before you submit it on the Thursday, March 11 deadline.

Although abstracts vary somewhat by discipline, all abstracts are a succinct summary of a completed work or work in progress. An abstract condenses a larger piece of writing (a thesis, research project, performance, etc.), highlighting its major points and concisely describing the content and scope of the project. For purposes of the poster session, you will need to produce an informative abstract. Your abstract should include the following elements:

Additional resources to help you write an abstract are available at Dexter Library.